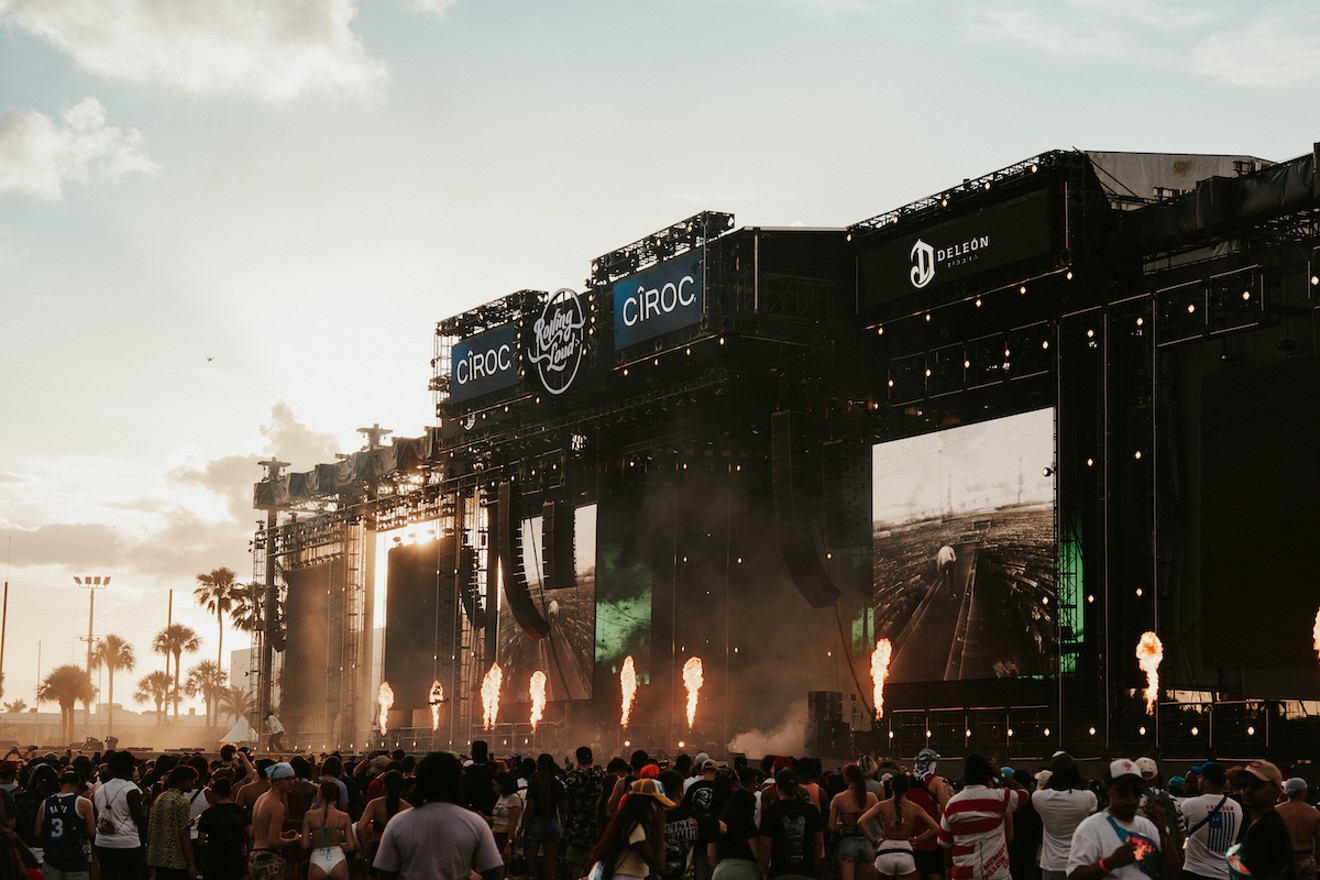 How long until Rolling Loud 2023? Photo by Mickey Pierre-Louis (@itchyeyephotos)/Courtesy of Rolling Loud
No, you aren't hallucinating. We’ve all barely had time to process all the amazing moments during Rolling Loud 2022, yet organizers have already announced next year's dates.

Block out July 21-23, 2023, on your calendar because that's when Rolling Loud is scheduled to return to Hard Rock Stadium. And to make things easier, organizers have announced that presale tickets will go on sale Friday, July 29, at noon. The 72-hour sale allows the public to set aside a ticket for zero down and pay for it in monthly installments.

If you experienced FOMO from this year's festival, you probably don't want to skip out on this opportunity.

At the festival this year, fans saw performances from the likes of Baby Keem, Saweetie, Playboy Carti, Future, Lil Durk, City Girls, Lil Uzi Vert, and Flo Milli. The highlights included Kendrick Lamar's return to the festival stage since the release of 2017's Damn. But tongues wagged when Ye (AKA Kanye West) made an appearance during Lil Durk's set on the first day. Ye was originally set to headline the festival before pulling out five days before. His protégé (and sometimes nemesis) Kid Cudi stepped up to fill in. So it felt like a bit of slap in the face that Ye made an appearance at the same time Kid Cudi was performing at another stage. (Cudi also cut short his set after fans kept throwing things at him while he was performing.)

Drama aside, the festival also featured interactive elements like Bunny's Bae Bar, a tattoo shop by House of a Thousand Roses, and a barbershop.

"I had a lightbulb moment when I realized Rolling Loud really can't be boxed into one specific thing because the brand is all about staying up with what's current and what's hot right now," Lexie Dolan, Rolling Loud's director of fest experience and décor, told New Times about the festival's goal.

Rolling Loud 2023. Friday, July 21, through Sunday, July 23, 2023, at Hard Rock Stadium, 347 Don Shula Dr., Miami Gardens; rollingloud.com.
KEEP MIAMI NEW TIMES FREE... Since we started Miami New Times, it has been defined as the free, independent voice of Miami, and we'd like to keep it that way. With local media under siege, it's more important than ever for us to rally support behind funding our local journalism. You can help by participating in our "I Support" program, allowing us to keep offering readers access to our incisive coverage of local news, food and culture with no paywalls.
Make a one-time donation today for as little as $1.